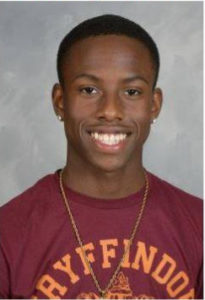 It is not known what Jordan was wearing at the time that he ran away. Jordan does have a cell phone in his possession.

END_OF_DOCUMENT_TOKEN_TO_BE_REPLACED

The mystery of a string of unsolved county vehicle burglaries was solved on Thursday with the arrests of two Citrus Springs men.

The mystery of a string of unsolved county vehicle burglaries was solved on Thursday with the arrests of two Citrus Springs men.

The Citrus County Sheriff’s Office said Robert Lee Reid and John Jamie Cardinal, 2125 W. Devon Drive, were arrested as suspects in connection with those burglaries after a search warrant was served at their home.

END_OF_DOCUMENT_TOKEN_TO_BE_REPLACED

The subject was reported to be under the influence of an unknown substance and trespassing on several properties within the neighborhood.

END_OF_DOCUMENT_TOKEN_TO_BE_REPLACED

Thanks to the donations of generous community partners, the Citrus County Sheriff’s Office is now one-step closer to building their Law Enforcement Memorial for Citrus County’s fallen law enforcement officers.

Following the 2019 Peace Officer Memorial Day Ceremony on May 15 in Inverness, Jerry Orbino with Knights of Columbus Father James Hoge Assembly 1547, Warden Mike Quinn of CoreCivic, along with Jim Coburn from the National Association of Retired Law Enforcement Officers (NARLEO) presented three individual checks on behalf of their organizations to Sheriff Mike Prendergast for the memorial.

END_OF_DOCUMENT_TOKEN_TO_BE_REPLACED

An Ocala man riding as a passenger in a car that had crashed after a brief car chase on Friday. — and then led deputies in a foot chase — could not, in the end, outrun the deputies behind him.

Eventually deputies caught up with 28-year-old Timothy Rashad Munnerlyn of Ocala, and he was eventually apprehended and arrested.

As deputies attempted to pull over the vehicle, the driver continued and made evasive maneuvers to elude law enforcement.

Deputies ended the vehicle pursuit in the area of County Road 491 and Hampshire Boulevard in Citrus Springs, near Fero Memorial Gardens and Funeral Home. After the suspect vehicle became immobilized, the wanted subject then exited the vehicle and fled on foot.

Multiple commands were given by deputies for Munnerlyn to “stop” but he didn’t.. Numerous deputies and K-9 units searched by ground during the foot chase, while the CCSO’s Aviation Unit assisted from the air.

Munnerlyn, a convicted felon, has numerous warrants out of Marion County for:

“Offenders who flee the scene can be more dangerous because they are desperate to evade law enforcement,” said Citrus County Sheriff Mike Prendergast. “Munnerlyn posed a significant threat to the members of our community and to our deputies. Despite his frantic attempt to flee, he was captured and now faces new charges from his reckless actions.”

At that time, businesses and residents in the vicinity of where the suspect fled were notified to lock their doors and stay inside, including Precious Lambs Preschool and St Paul’s Lutheran School. An AlertCitrus message was issued to residents, informing them of the active investigation and advising them to contact law enforcement if they believed to see the suspect. The alert directed community members to not approach the possibly armed suspect.

After an extensive search, deputies were able to locate Munnerlyn, who had attempted to cover himself with sand and conceal his location by hiding under a tree. He was taken into custody without further incident.

His local charges are: